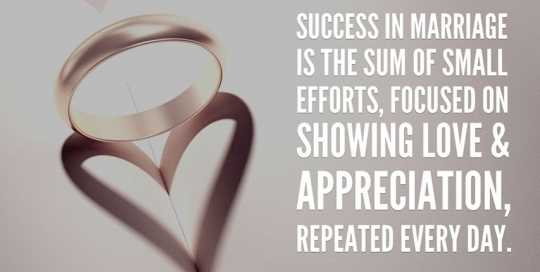 Surrounded by an accelerated downfall of the relationship that was to build and hold our society together, nowadays, we see the deterioration of families brick by brick into dysfunctional, broken and unhappy individuals. The glue which was to tie systems together has now withered away and we are left with an unfortunate fate of our social system.Marriages, much like the preparation of the grande celebrations of weddings, last merely for a matter of months. Those which do linger on for longer, encompass a certain reluctant acceptance of what has happened, in the shattered hopes of making the best of the worst. Why have we come to this desperation where marriage is no longer looked forward to as a beautiful journey of love, understanding and growth, but rather, as a forceful binding of two individuals who will fight, argue, cry and hurt, and that’s considered perfectly normal?

Look around yourself! Marriage has become a change in name, a change in house and a change in status, but no longer a change in life, in happiness or in self. Two individuals living under the same roof binded by a contract of ’till death do us part’ cannot possibly be considered the torchbearers of an entire institution which was to form harmony in the society, unless they become pieces of a puzzle – only complete once with each other.

Unfortunately, this notion of a ‘better half’ has been replaced with ‘I do’t need a man/woman to complete me’ and off we all go in the desperate attempts of playing the roles of both, killing ourselves in the process but never admitting to our natural weakness. A marriage which was supposed to be between a man and a woman, two halves coming together as one, is now seen to be between one individual and another individual, two ones coming together as…nothing, and so we go for the inevitable – divorce or separation. Remember, a divorce is not necessarily a documented event to take place, a divorce can be emotional, mental and spiritual when a legally married couple starts living independently from one another even if in the same house.

I ask you. What is the hidden, underlying, all-encompassing reason behind this gradual shredding of the fabric of our society? What has caused this unfortunate series of events to take place which has given birth to a current state of affairs that are disgustingly reprehensible? What has led to the present downfall of everything love and life stood for? And most importantly, what has happened to our people who no longer see the wrong in this disastrous situation?

Ladies and Gentlemen, the answer is in a simple verse of the Holy Quran where Satan says:

“…and indeed I will order them to change the nature created by Allah.”

What nature has been changed by us and how are we falling victim to the trap created by the enemy of our Creator?

Look around and Think!