Parents – What are we doing?

Verita > Family > Parents – What are we doing? 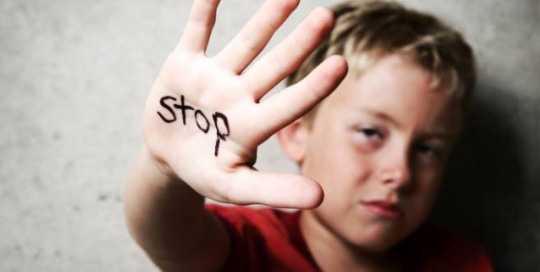 Being a mother myself, I am, at times, left completely flabbergasted by the modern parent-child relationship and the failure of the institute of parenthood as a whole. I see sons spitting utter hatred and resentment in the faces of their father, I see daughters reducing their mothers to the role of an ignorant maid, I see children raising their hands, let alone voices, in front of the two most significant characters in their existence, and shockingly, I see parents accepting this deplorable reality with grim faces. Where have we come to, if the mother who gave birth and spent countless sleepless nights for our comfort, and the father who spent every waking minute tirelessly to earn for his family and provide a good life to them, are thrown on the streets as insignificant, unworthy, or undeserving of love and respect. If our society has ever, at any point in time, faced the question of whether parents are worthy of utmost regard or not, we have lost the game. And this is where the complete demolition of our social system, that we see evidently today, began.

However, being a mother, I also remember the sheer innocence in the eyes of my child the first time I held him. Everyday, I saw him absorb meanings, emotions, thoughts and beliefs to form his personality as it is today. A child, therefore, is nothing but the environment provided to him. Therefore, one can’t throw the blame of his misconduct solely on him, but, holding the society, and most importantly, the storywriters- the parents, responsible for however an individual is, at least partially, becomes an understood and harsh fact. The mother who was not able to tend to her child’s needs as he cried in fear or hunger, the father who could not put down his phone to pass a smile to his toddler learning how to ride his toy car, the mother who lost her patience on the 101th sleepless night and shook her baby in anger, or the father who couldn’t protect his daughter from unwanted eyes as he never noticed, all in their ignorance, played the most crucial part in building the lack of trust, compassion and self-esteem in the Youth we see roaming around with an epidemic of identity crisis and moral decline.

Parenthood-easily the most daunting job, with repercussions that go beyond generations, has unfortunately been misjudged, undervalued and misunderstood in the importance it was meant to have for a successful life, personal or professional, for every person. Bonding with your children since day 1 and inculcating hope, independence, creativity and self-worth is the most honorable task one can do, and the greatest gift one can offer to the society. The smallest acts leave the greatest impact, hence, it is essential to note which acts to engage in to leave a profound effect on the personality of our children, in a wholly positive way, to save our and their future. The day we realize what parenthood was ought to be, and we assign the effort into doing justice to that role, that day we just might be able to regain the social system that once was.