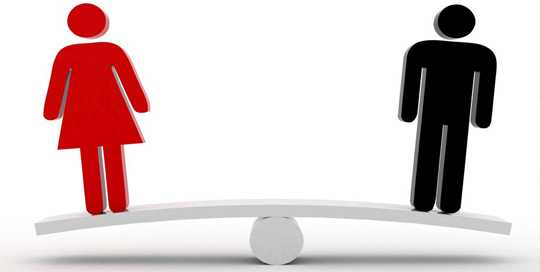 Nowadays we are surrounded by this preposterous notion that men and women are quite similar in their physical, emotional and mental capabilities and need to be understood likewise as well. The horror of this ignorant thought has led me to write a brief introduction to one of the longest and strongest clash that has remained since the beginning of time, that between men and women. The clash that has manifested itself in the form an epitome of disasters, divorces and declines in all possible relationships, is also, unfortunately, the one that has been offered the least amount of effort and time into solving and understanding it. The question is, why? Why have we managed to, foolishly, think time and again that men and women have nothing different in their various forms of makeup and like a woman needs to understand a fellow woman, the same rules and logic can apply to men as well? Why have we led ourselves into this cycle of ignorance that has cost us our health, our happiness and every minute of our lives spent with another person from the opposite gender?

Have we never pondered over the stark differences which are hidden in plain slight? For instance, why is that women talk so much, especially when they are stressed out? Why do men always jump to a solution without bothering to listen first? Why are women driven by emotions while men view every act as a mission to achieve? What do women really mean when they say something? What makes a man feel needed and happy? What motivates a man to become what he is ought to be and what completely destroys his self esteem? How can you make a woman feel loved and appreciated? How can one situation be perceived so differently by these two and what matters the most to each one of them? I’m sure one or two of the abovementioned would have crossed your minds at one point or another when a normal conversation suddenly turned into an unexpected argument and left the two parties in an utter state of confusion over the matter.

The answer is simple. We belong to two entirely different planets and the first step to better relationships and understanding is this realization. Men have been made for a purpose different to that of women, and in this different roles they are to perform, lies the differences in their reasons of happiness, ways of dealing with difficult circumstances, motivational factors, so on and so forth. For instance, while a woman is happiest when she has managed to obtain success in various relationships around her through love, care and appreciation, a man’s success lies in his ability to fulfil his role as a provider and maintainer of his household. This crucial difference is particularly significant during communication and relationship building with the opposite gender, let it be a husband, a brother, a father, a son or even a teacher. Similarly, while women find ‘talking’ as the best mechanism of fostering good relationships with another person, men rather prefer ‘doing things’ as a better way of achieving the same. The next time you want to get closer to your father, don’t sit down to talk for hours with him, but join him when he’s cleaning his car, or fixing things around the house. Lend him a helping hand, because playing even the tiniest role in helping him achieve his goal for the day will bring you both closer.

Now ask yourself, is it possible to manage good relationships without understanding the differences which are, quite accurately, the building blocks lying beneath? If the wrong building blocks are placed, the relationship will remain shaky and weak forever. However, if the footing is strong, these relationships have the potential to grow to greatness that we have yet to experience.