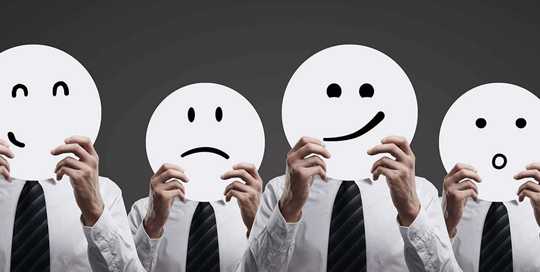 I see people demanding respect their entire lives. The teacher at my school, the elders in my family, my boss at work, my husband and his parents, all people I come across in every walk of life seem to be insatiably hungry for this one rare piece of gem in a personality. And day in, day out, people work tirelessly to acquire ‘THEIR’ definition of respect, either through money, fame, games of power, or status. Most, if not all, often are left depressingly unsatisfied with this ordeal of effort which renders no reward.

The question arises, why? And here reality strikes hard. Forcing a polite smile on your face when the CEO of the company you have been working in since the past 2 years walks by, is an act of greed, not respect. Standing in front of the father of your children with your eyes lowered when he criticizes the decisions you make in the best interest of your family, is an act of fear, not respect. Rising with the oh-so- famous ‘Good Morning, Teacher!’ slogan memorized at the back of your head like a cassette on constant rewind, is an act of social conformity, not respect. ‘THEIR’ definition, hence, is flawed, and their efforts, thus, left in vain.

If respect isn’t found in mountains of money, or plays or power, how can one truly ‘earn’ respect? The quest begins from a simple question. I ask you, Dear Readers, who would you categorize under the box marked ‘Respect-worthy’ from amongst your social circle? And what characteristics does that individual entail to be viewed of such an honorable mention? My quest led me to one man whom I have respected throughout my life. Someone who has never deterred from doing and saying what is right and taking the most difficult step in the most poise of manners. A man of wisdom and integrity who has contained his most basic of instincts to rise above as the most supreme of creations. A man who has walked firm; not fumed by stones thrown at him in the line of fire by others; nor tripped by societal pressure of any sort. I have respected this man without greed, fear or conformity. I have respected him because of his ability to practice remarkable control over the fuel burning inside all of us – emotions.