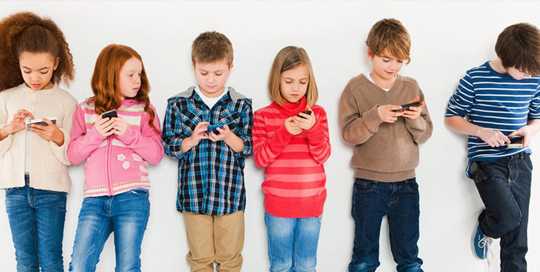 “Mom! It’s way too hot for me to go outside!” the child exclaimed.“But dear, who is asking you to go by foot, you have an air conditioned car parked right outside for your commute. If you keep lying around as you are now, you will never learn how to live in this world”, the mother responded.“Who cares, mom, after all what do these poor people have to offer me while their life is spent sweating in their dirty clothes under the hot sun without a word of English coming out from their mouths and none listened by their ears!”, the child snobbishly replied to his mother’s wishes.

Arham, the eldest son of Khan’s family, was requested by his mother to fetch some vegetables from the market whilst he submerged his existence into the latest gadgets and luxuries of life. This response illustrated above is one of the many reasons Arham’s mother is often found worried about her child’s attitude towards social gatherings and outdoor play. She always finds Arham engaged in social media and glued to his iPhone using WhatsApp, ignoring and avoiding any chance of helping around the house or meeting the guests who visit the Khans habitually.

Another alarming concern is Arham’s disinterest and rather, annoyance towards his father’s presence. He goes as far as to avoid any interaction with his father altogether. The father who works tirelessly day and night, spends every penny of his sweat and blood into making his child happy, sacrifices constantly for the good of his family, lets go of his personal wishes and desires for those of his family, that father. And today, his child does not even wish to meet him. A story we have heard far too many times, Arham is just one of the million others indulging in similar selfish, disrespectful, unfortunate behavior. Where parents do the utmost best for their child, the child takes every moment of love for granted.

The question arises, does the fault lie in the selflessness of the parents or the selfishness of the child? Have the parents gone wrong at some significant point in life to provide a strong foundation of character, personality and understanding to their children? Have parents forgotten the ultimate goal of becoming a good human being over and above the meaningless temporary happiness their child receives from gadgetry and luxury?

Parents raise children like Arham with a Golden Spoon but forget to teach how, when and where to use this love of gold. Compromised morality, inadequate social skills, ignored ethics in all successes, and underestimated importance of rights of their parents and elders, this is the reality of the golden love they have become accustomed to. The situation before us screams the fact that learning how to help others, accept and learn from mistakes, show and feel gratitude for the smallest of blessings, and depict the true spirit of humanity isn’t hidden in the riches of the world but in the riches of good nurturing which Google, despite knowing the answer to all your questions, can’t do.

Where to go and what to do?

Wake Up and Choose the life you will want to give to your child!